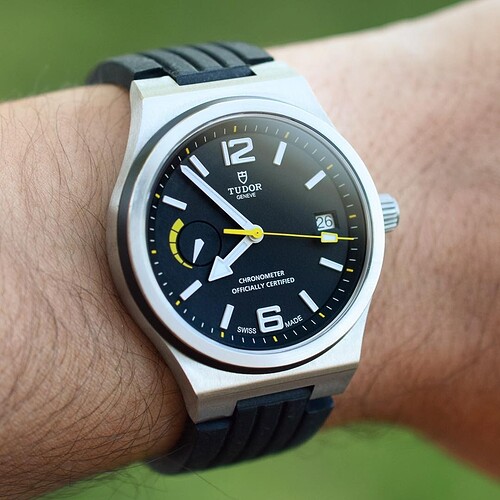 Tudor’s horological milestone - the North Flag⁠
⁠
The Tudor North Flag was introduced at Baselworld 2015. With heavy inspiration from one of its 1970s models, the Ranger II reference 9111/0, the North Flag is Tudor’s version of the luxury sports watch. The pop of yellow contrasts with the black dial and white components, giving the watch a playful and more whimsical feel. With a rare exhibition caseback from Tudor, this watch also proudly shows off the brand’s first in-house movement. Furthermore, the power reserve indicator at 9 o’clock is a complication not seen on many other Tudor watches. ⁠
⁠
Want to read about some awesome Tudors that aren’t Black Bays? Check out our Five Awesome Tudors that aren’t Black Bays article!⁠