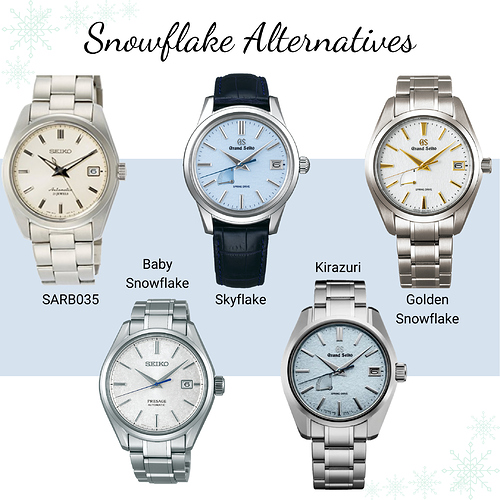 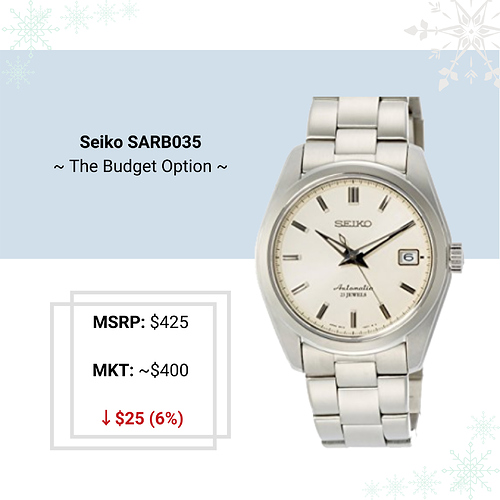 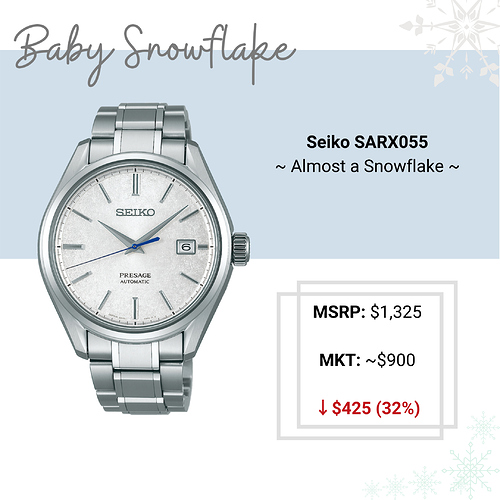 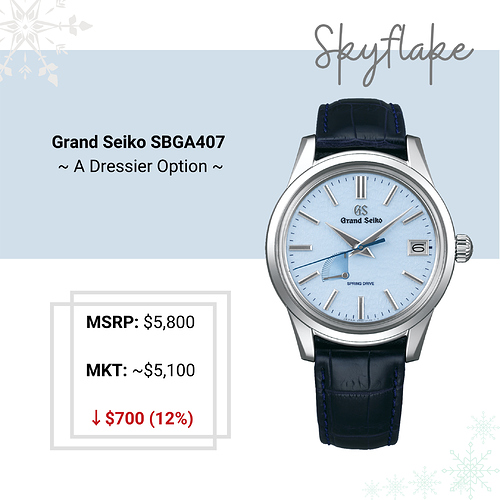 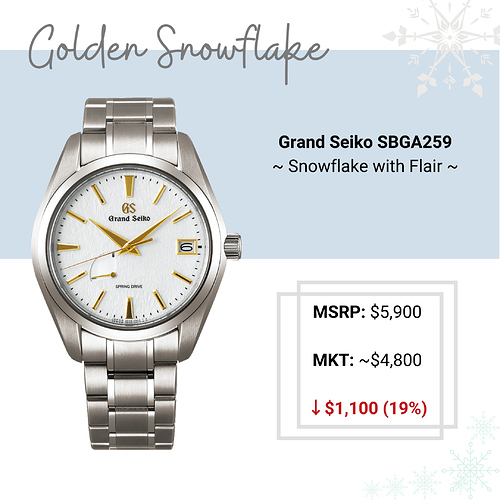 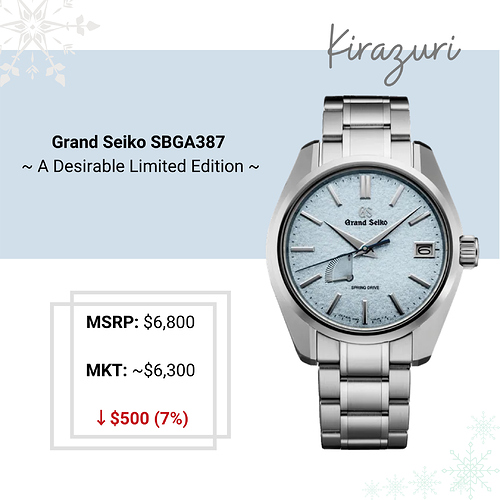 The SARB035 is a great budget option with similar branding and the same date window at 3 o’clock. It’s priced at less than a tenth of the cost of an actual snowflake and you get the Seiko’s 6R15 movement but cannot compare to the Spring Drive Movement.

The SARX055 is so similar to a snowflake that collectors have dubbed it the Baby Snowflake. It is priced at under $1,000, about a quarter of the price of a Grand Seiko Snowflake, but one complaint is that it lacks a mechanical upgrade from the SARB035 as it houses the same 6R15 caliber.

The SBGA407 is a dressier option, nicknamed the “Skyflake” with a light blue dial color. It comes on a dark blue crocodile leather strap and the case shape looks refined with more pronounced lugs.

The SBGA259 features gold markers and hands instead of the stainless steel ones on the SBGA11 thus giving it its nickname, the Golden Snowflake. Like the Skyflake, the Golden Snowflake is also a lesser known model. In fact, its predecessor, the SBGA059, was originally made only for Grand Seiko boutiques and the Japanese domestic market.

The SBGA387 is one of the three limited editions for 2018, limited to only 558 pieces.The dial texture is definitely the standout point of this watch. The design is inspired by a Japanese painting technique called Kirazuri, which translates to “sparkling painting”. Like many of Grand Seiko’s special dials, the depth and texture of this dial is most suitable for appreciating in person.