Grand Seiko released the original Snowflake, reference SBGA011, in 2010. With a dial resembling the texture of soft snow (hence the name) and Grand Seiko’s iconic Spring Drive movement, it quickly became the brand’s flagship mode in the minds of collectors. In 2017, the Snowflake was updated to the reference SBGA211, which was technically identical but featured a dial updated to feature more prominent Grand Seiko branding. 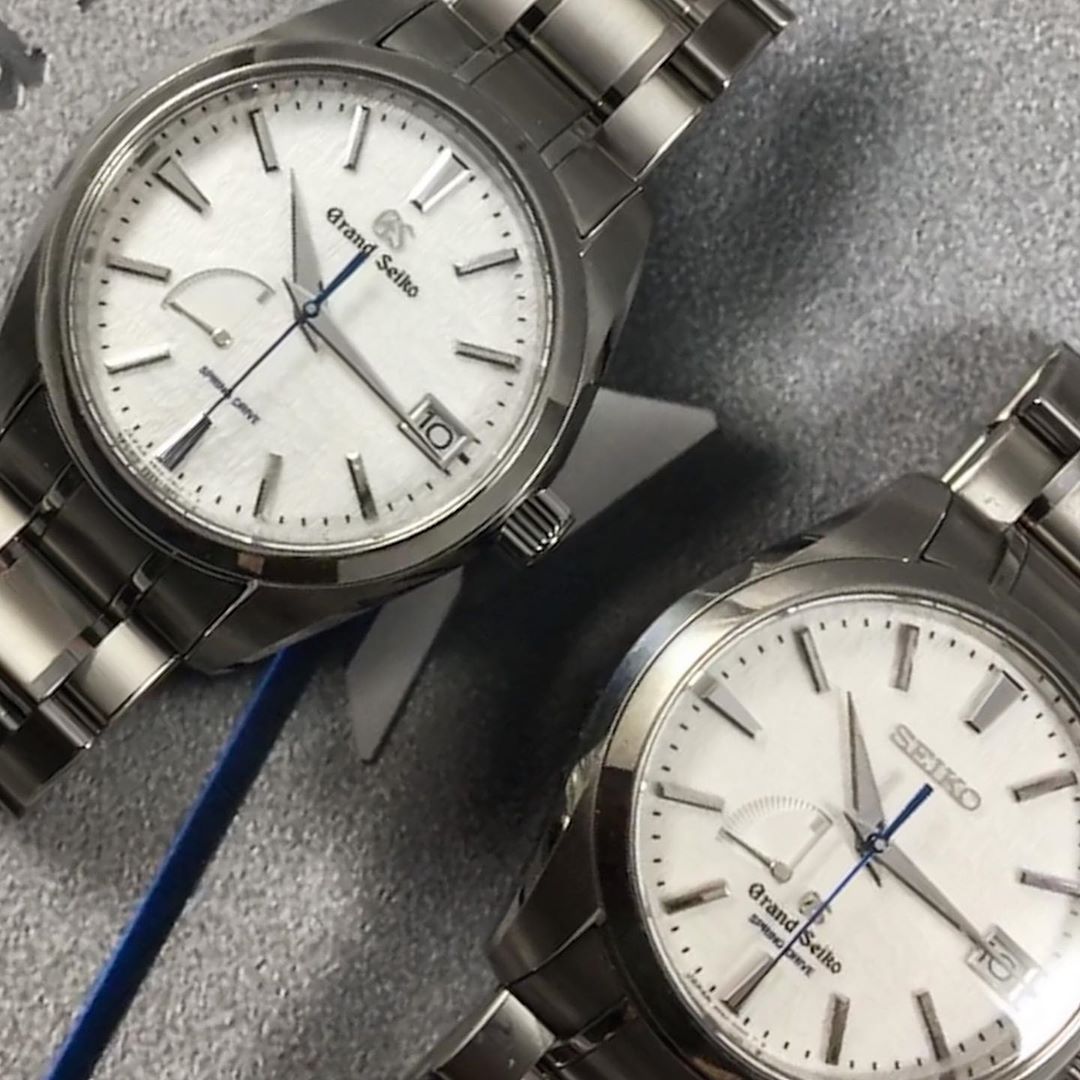 This begs the obvious question: which one is the better buy? If you’re deciding whether or not to buy a Snowflake at all, you’ll also want to find out if it lives up to the hype.

If you’re buying new, you have no choice but to go with the SBGA211. But if you’re buying pre-owned, the value proposition becomes more interesting. You’ll generally expect to save a solid $1,000+ off MSRP for the current Snowflake, and an additional $500 off that if you’re willing to opt for the previous generation model.

Of course, part of the reason the SBGA011 is cheaper is because the watches are older. This generally equates to worse condition, incomplete sets, looming servicing costs, etc. These are all factors worth considering if you’re deciding to opt for the older reference. Especially considering that titanium scratches more easily than stainless steel, finding one in mint condition could prove more difficult.

However, the other question is simply: which dial variation do you prefer? If you like the more subtle Grand Seiko branding of the SBGA011, then you find yourself in the enviable position of being able to get the more desirable watch at a more affordable price. However, if you prefer the cleaner dial configuration of the SBGA211, expect to pay half a grand more on the secondary market - though it’s not difficult to find mint condition examples still under warranty.

A few weeks ago, we took to Instagram to ask the community which model they preferred. The poll results show roughly a 40/60 split between the older and newer reference. Check out the results below: 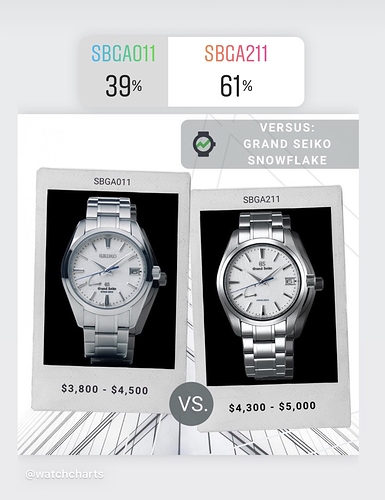 What do you think? Is it worth paying the premium for the newer SBGA211? Or would you prefer to save some money and opt for the discontinued SBGA011? Is there a Snowflake at all in your future?

Vote for your favorite, or chime in the comments below!