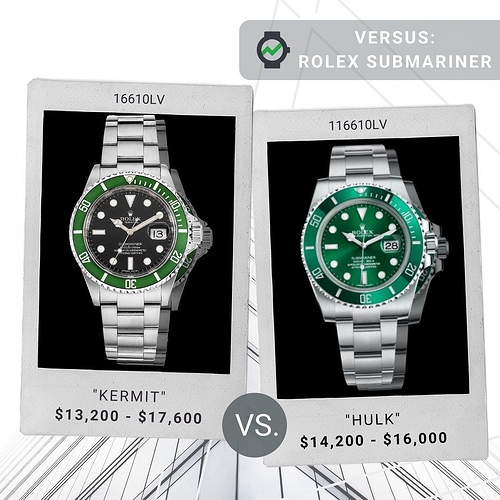 Green is commonly used by Rolex for special edition and anniversary watches. The Kermit was released in 2003 to commemorate the 50th anniversary of the Submariner. It was replaced in 2010 by the Hulk, which is still in production today. I’d say that the Kermit is better if you’re looking into a unique but more traditional Submariner, while the Hulk is a more flashy modern take. On the secondary market, the Kermit trades for about $15,400, about $400 more than the Hulk.