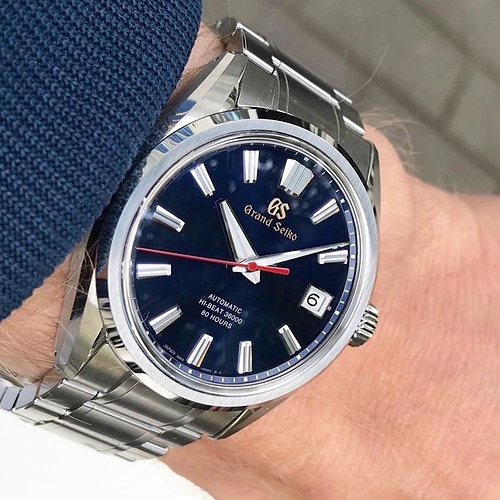 New Watch Alert! Check out this Grand Seiko 60th Anniversary Limited Edition. ⁠
⁠
This watch was released to commemorate the 60th anniversary since Grand Seiko’s inception. All of the anniversary watches have dials in the signature Grand Seiko blue. While the new SLGH003 looks similar to the SBGR321, the anniversary piece utilizes that all new 9SA5 high beat mechanical movement which required nine years to develop. The watch’s distinct look combines the Grand Seiko Style, developed in 1967 with the release of the 44GS, with the large hands and indexes of the first Grand Seiko released in 1960. What do you think of this stunning but technical Grand Seiko?⁠
⁠
This watch retails for $9,700. Only 1000 will be released. ⁠

Want to learn more about watches released this week? Check out our New Watch Alert article!