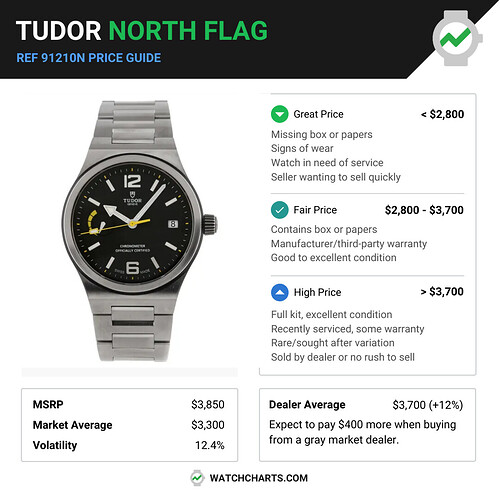 The North Flag, released March 2014, took the world by storm. It not only was a new model, but also the first from the brand to use an in-house movement. The name of the watch, “North Flag”, is inspired by a British expedition to North Greenland in the early 1950s that used Tudor Oyster Prince watches. The case design is very geometric, with the ceramic rim on the bezel acting as a visual accent. The dial focuses on asymmetry to create interest and contrast from the crisp geometric case. Over the past year, the market price has been steadily increasing.⁠