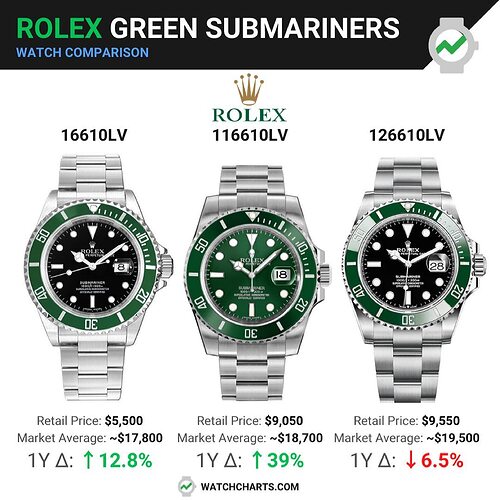 The Green Submariner has always held a special spot in the Rolex collection, since the original Kermit
(16610LV) was released in 2003 to celebrate the 50th anniversary of the original Submariner. Since then, we’ve seen two evolutions, the Hulk (116610LV) in 2010 and the Starbucks (126610LV) in 2020.

All three watches trade significantly higher than their original retail prices, with the market value of the Hulk in particular rising 39% over the past year, due to its discontinuation. The value of the Kermit has also increased slightly, while the Starbucks is down slightly since the original hype of its release in September of last year.