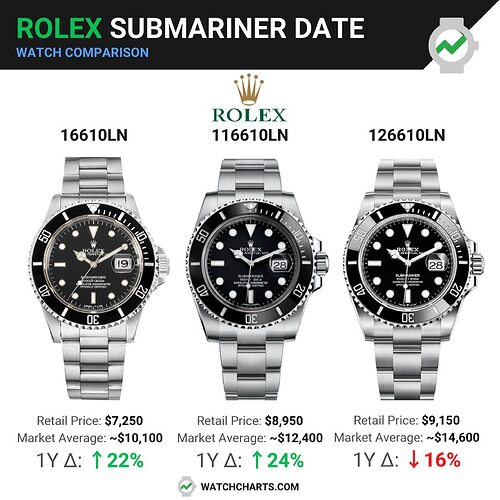 Here is the secondary market pricing for the last three generations of the Rolex Submariner Date, references 16610LN, 116610LN, and 126610LN. Which would you choose?

The 16610LN and 116610LN have both been increasing significantly in price over the past year. On the other hand the 126610LN is down 16% since its release in September 2020. This is quite normal though, as more supply has entered the market since the watch was initially announced. Despite trending down in price, it still trades significantly higher than MSRP, and its two predecessors.