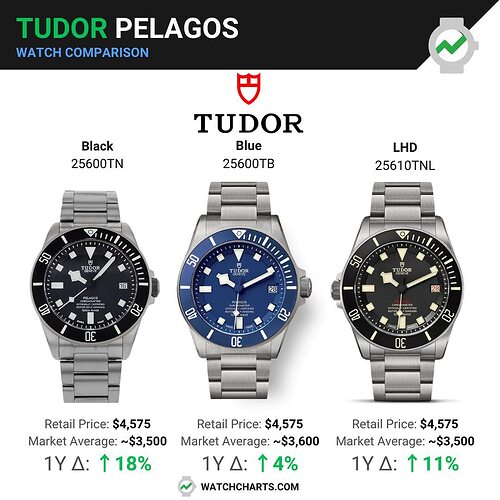 The Pelagos was originally released in 2010 with a black dial and ETA 2824 movement. In Baselworld 2015, Tudor updated the Pelagos collection with the release of the 25600TN & 25600TB, introducing a new in-house movement and blue dial variant.

A LHD (left hand drive) variant - reference 25610TNL - was also introduced, meaning that the watch is designed for wearers who are left-hand dominant, thus wearing the watch on the right arm. As such, the crown and crown guards were moved to the other side of the case. Its release was also a tribute to a version of the Tudor Submariner made for the French Navy in 1961.

Of the three, which would you choose?