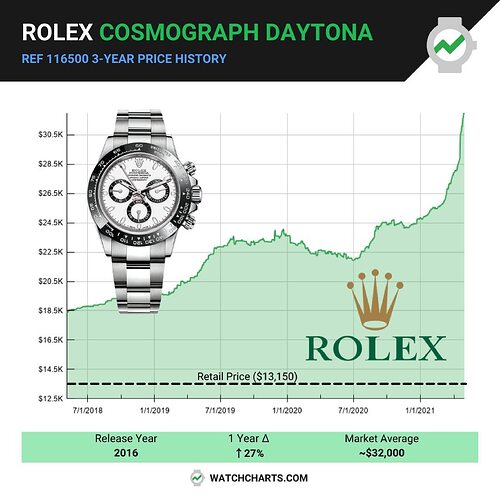 In 2016, the Rolex Daytona reference 116500LN was released as the biggest visual update to the Daytona in nearly 30 years, most notably with the introduction of a black ceramic bezel. This watch quickly became one of most sought after models, naturally also commanding one of the highest secondary market premiums. The market price has increased by about 75% over the past three years.