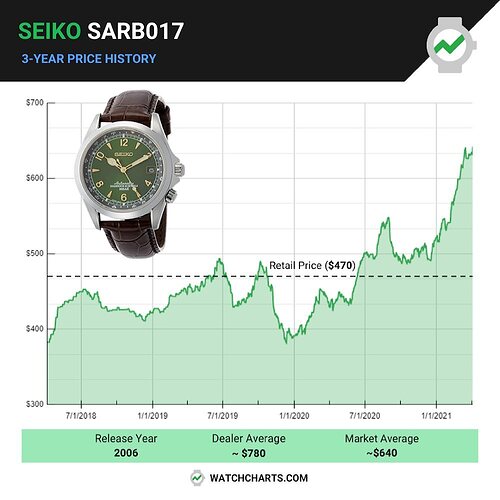 The Seiko SARB017 is regarded as perhaps the most iconic modern Alpinist, with a recognizable and functional design. Originally released in 2006, the watch was in production for over a decade before being discontinued in 2018. The discontinuation of this watch has resulted in increased interest in the secondary market, and it now trades quite a bit above its original retail price of $470. only within the last few years has attained a value that trades above its retail price of $470.

Do you have this watch, or would you buy it?