The battle of the two Rolex Daytonas, is the new black bezel worth the price? 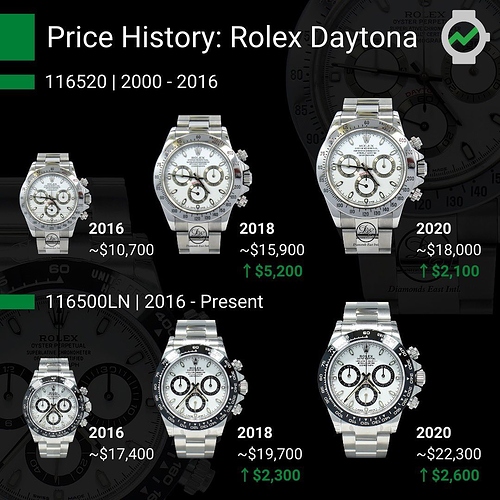 Both designs are steel models with a 40mm Oyster case, screw-down pushers and winding crown, in either a black or white model, and chronographs with the Oyster bracelet. However, the main difference is on the bezel. The older Daytona has a steel bezel with a tachymeter scale engraved while the newer Daytona features a black Cerachrom ceramic bezel.

Although both watches run on the same Calibre 4130 automatic chronograph movement, the 116500LN has an increased warranty to 5 years as opposed to 2 and a better accuracy rating of 2/+2 seconds per day. Both watches have caught the attention of enthusiasts on the secondary market. As the hottest Rolex collection on the market today, all Daytona models have seen a strong price increase over the last 4 years.