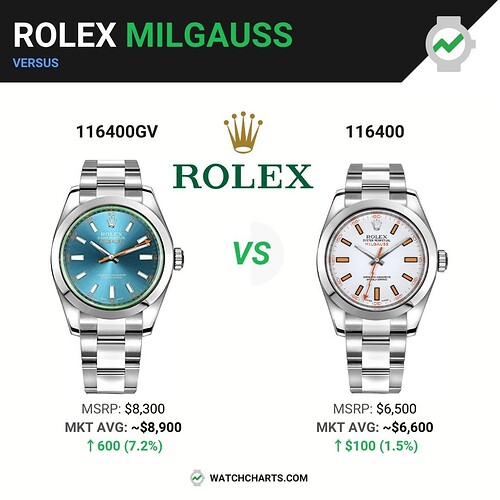 The Rolex Milgauss compared - which one would you pick?⁠
⁠
Released in 2007, the Rolex Milgauss ref. 116400 is most notable for its unique color options and lightning bolt seconds hand that serves as a tribute to the original model that was discontinued. ⁠
⁠
The GV Milgauss was released in 2014 with a similar design as its predecessor, but in a new striking sunburst blue dial color and a green sapphire crystal. The price for this watch has increased roughly 40% over the last five years. It now trades slightly above retail on the private sales market. ⁠