Which Side of the Moon do you prefer? 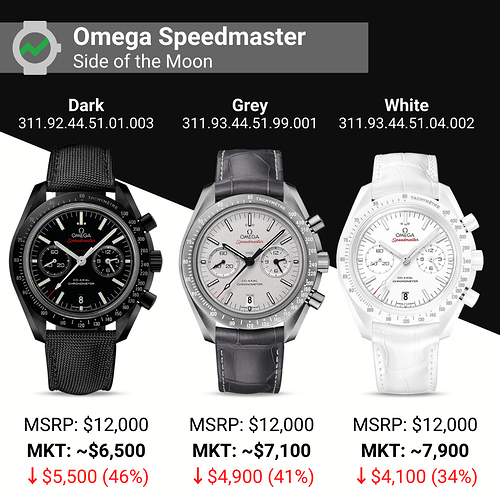 The Dark, Grey, and White Side of the Moon watches feature 44.25mm ceramic cases with luminescent Super-Luminova. Inside houses the OMEGA Co-Axial calibre 9300 with a tachymetric scale on the ceramic bezel and two platinum sub-dials.